Welcome McGill Engineering Sports League fans to the official Demon Diodes home page, a place for the Demon Diodes Women's Flagball and Broomball team to keep in touch. However, I hope that other McGill Engineers will enjoy the opportunity to reminisce about the good ol' days of flagball, and if you have any links to other teams, please feel free to mail them to me or comment below, and I'll add them to this site.

Some of you may not recognize this, 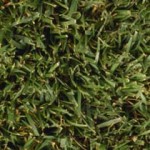 as you probably didn't experience it very often, but it's supposed to represent the ideal condition of the playing field on Lower Campus. A person's allowed to dream, aren't they?

Diodes, send me your comments, corrections and suggestions, any biographic stuff you want here, pictures, the works! Much of this is quite dated.

Katrina graduated from EE in '92, then moved to Vancouver, BC, where she has since worked in the aerospace and video game industries (with a brief stint in film in California from 2001-2002). She completed her Masters Degree in Applied Science at UBC in August, 1997. Since moving out West, she married with ex-Diodes coach and Newtonian Warmonger Guylain Roy MacHabee. In '94, Kat and Guy purchased a 35' Beneteau Oceanis sailboat, Ganache, on which they lived for 6 years, before upgrading to the current 46' incarnation of Ganache, a Liberty 458. Katrina can be reached via e-mail here. She is the keeper of this site.

Marylene graduated from EE in '92, and promptly began working as a hardware engineer for SPAR Aerospace. In 1993 she married Newtonian Warmonger Quito Galiana. In 1996, Paco Galiana arrived as a welcome addition to the family. In 1997, Enrique Galiana entered the family. Marylene has been keeping in shape playing hockey and cross-country skiing.

Genevieve graduated from EE in '91. Her last known coordinates were at Northern Telecom on the West Island. Genevieve, if you're out there somewhere, we'd love to hear from you!

Andrea graduated from EE in December '92. She immediately began working for Northern Telecom and has been with Nortel ever since. In September '94, she started her MBA on a part-time basis at the University of Ottawa. She participated in a one month international program in Holland in the summer of 1997 and planned on completing her degree at the end of 1997. In April of 1996, she also obtained Professional Engineer of Ontario status.

Andrea is still heavily involved in various sporting activities, the main one being competitive soccer with the Nepean United women's team. As of her last update, she was thinking of retiring and taking on an easier sport, like ultimate.

Giselle graduated from Mech in '92. She obtained her Masters Degree from Western where she did a lot of rowing.

Julie graduated from Mech in '92 and began working for Pratt & Whitney Canada in Montreal. She and Curtis Still were engaged to be married in the summer of 1997.

Rubi graduated from EE in 1992, and moved to the Washington, D.C. area, where she worked for NIC. In July 1996, she completed her Masters degree at John's Hopkins University. As of her last news, she was working as a systems engineer for Science Applications Internation Corporation (SAIC), in Virginia. In 1997, Rubi married Allwyn Crichlow and Natasha Allwyn Grace Crichlow joined the family. Congratulations, Rubi and Allwyn!

Betina finished her Masters Degree in EE (VLSI) in '93. She then moved to Ottawa where she shared an apartment with Irene, and worked for Mosaid. In late 1997, Betina moved to Redwood City, California, where she worked for Artisan. Betina was very active for years in competitive rowing and cycling.

Ann Hynna left the EE program to pursue a career in classical singing. She obtained her B.A at McGill in Modern Languages (Italian and Russian), and studied German at the Goethe Institut.

In 1992, Ann won a scholarship to study for 2 months at the Goethe-Institut in Berlin and also spent two months in St. Petersburg living with a Russian family. She then worked as a full-time ski instructor and subsequently as Box Office Manager for Opera Lyra Ottawa, before deciding to devote herself fully to her singing. She gave several recitals in Ottawa and Montreal, and moved to Montreal in order to take music courses at Concordia.

As of her last update, Ann was concentrating on her singing, dividing her time between various music and theatre courses at McGill and Concordia, and two singing instructors in New York and Montreal.

Ann would be happy to oblige if anyone ever needs a soprano singer for an event.

Alice's last known coordinates were in Sweden working for Ericsson.

Cheryl graduated from EE and worked at Brock Telecom for a while. In 1996, she married Kevin Shannon.

Louise lives in Leamington, Ontario, which is just north of Pelee Point National Park. She married her husband Dave in July, 1995, and has a daughter, Katarina Gabrielle, who is now almost a year old.

As of her last update, she was working for HJ Heinz (Yes, the ketchup company!) and really enjoys her job.

According to the new McGill Alumni Directory, Elizabet moved to Chicago, Illinois. However, Louise informed me that she was last living in Connecticut with her husband, James.

Laura completed her Mining Engineering undergrad at Mcgill in December 1992 and started a Master of Engineering in January 1993. She worked in Sudbury for INCO Ltd. Mines Research department, Automation and Robotics, for eight months during her Master's. She joined EDS of Canada in November 1995 and submitted her thesis in March 1996. Laura worked for a year in the General Motors Oshawa Car Assembly Plant supporting plant monitoring and control systems and transferred to EDS's headquarters in downtown Toronto in December 1996.

Nisha graduated from EE in '92 and moved to Ottawa with Newtonian Warmonger John Tsambasis, where she worked for Northern Telecom. She has since married John and they live in North Carolina.

Irene graduated from EE in '91 and went straight into her Masters Degree at Mcgill (Analog Microelectronics). After completing her degree, she moved back to Ottawa to work for BNR. She lived with her sister for a while, before sharing an apartment with Betina. Irene has taken up hockey. In April, 1997, Irene moved to San Jose, where she is worked for LSI Logic. Irene has since moved to Long Beach and is married to Saul Gleser.

After graduating Wayne went on to pursue his career with the Canadian Air Force. I think he was a test pilot for a while, before becoming a training pilot. The latest news on Wayne comes from Rubi, who says he was to get married in the summer of 1996.

Jerry moved to the Washington, D.C. area after graduation. His last known coordinates were at the University of Michigan in Ann Arbor, where he was taking his MBA.

Guy finished his Masters degree in EE in 1990, upon which he began working for Ericsson in Montreal. He was transferred to Toronto in 1991, where he got bitten by the boat bug. He moved out to Vancouver in 1992, and in 1994 convinced Katrina that this boat stuff was a good idea. Also in 1994, he left Ericsson to work for PCS Wireless, a small telecommunications firm in Vancouver. He then worked for PCS Solutions, a joint venture between PCS Wireless and ADC. In 1997, he left PCS Solutions for Broadband Networks, Inc., and recently changed jobs yet again, out of telecom and into software, at Intrinsyc. Since Intrinsyc, has has run several startups, the latest of which is RX Networks. Kat & Guy finally got hitched in 2000.

Luc Drouin graduated from Mech in '92. He then took several months to travel through Europe, before working for Pratt & Whitney Canada in Montreal. He was very actively involved in coordinating the Montreal Ultimate League. He is currently living with his partner, Genevieve, and their two sons, on Montreal's South Shore.

Phil Scalia finished his Civil degree, then suffered a stint in Winnipeg before moving out west to Vancouver. He then studied at UBC.

Sean graduated from Political Science and in the summer of '94, married Mia San Jose. They lived in the Washington, D.C. area for a while, where Sean worked at the Canadian embassy, before moving to the Johns Hopkins School for Advanced International Studies, where he was the coordinator for their American foreign policy graduate department. Sean & Mia now live in Toronto.